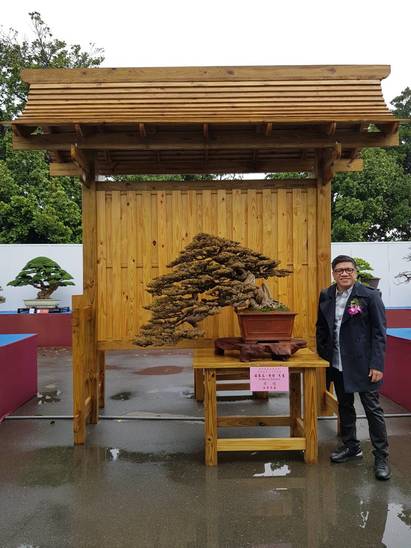 Started his interest in Bonsai in the late 80's as his way to relax and de-stress after work, and every morning. His love for Bonsai allowed him to learn different styles and techniques from the different books as well as from his fellow enthusiasts from different Bonsai groups around the world. Now with over 2,000 bonsai owned, you can still see him from time to time with his tools, pruning / trimming his plants. There are also a few that has been joined and won different international bonsai competitions.

Tonet is a family man, a husband to his dear wife Malou who shared her life with him. Tonet is also a father to his children Angela (married to Mod), Aaron (married to Jane) and Alexi. He is also a loving grandfather to  Amber,  Alonzo and Aurora,  who have given fresh breath of life and joy to their household. Tonet is a son to Papang (Augusto) and Mamang (Luz) and a brother to Auggie, Art, Arnel, Aileen, Annabelle, Allan and Alex. Moreover, Tonet is a relative and a friend to many.

Businessman. Owns a multiple businesses in the water and waste water industry. Consultant to local and international businesses and resource person for many meetings and conferences.